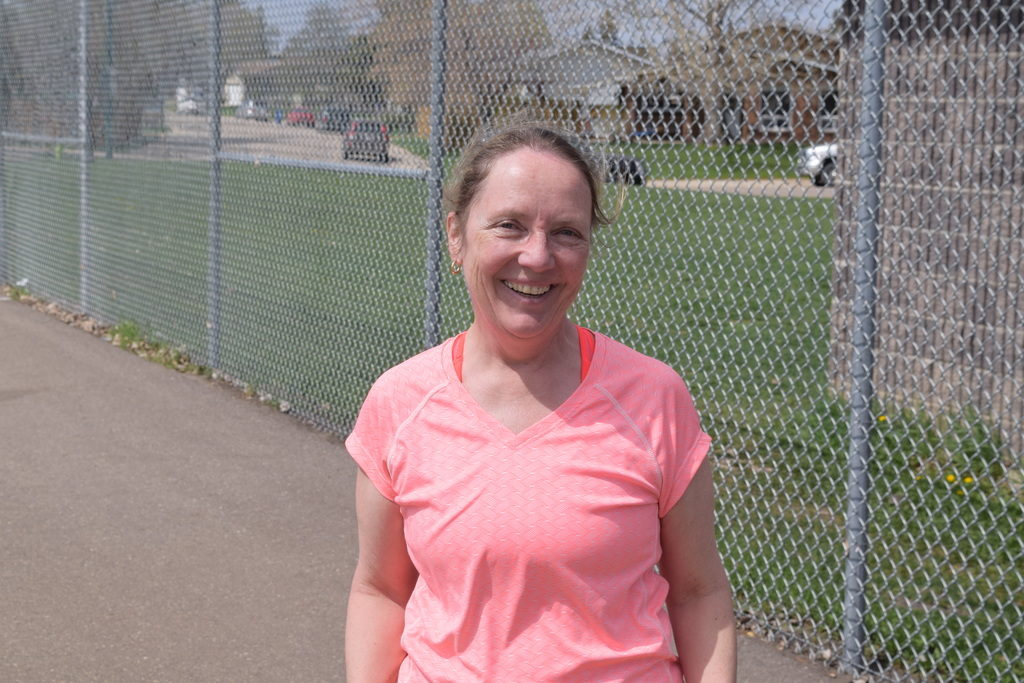 Rita started playing Pickleball in the fall of 2016.  The week after hitting her first whiffle ball she was off researching and trying out graphite paddles.  As a founding member of the Airdrie Pickleball Club in 2016, Rita served as the first Secretary. Since moving to Bowden in 2017 Rita has worked on her skills and involvement with the Red Deer Pickleball Club.   In 2019 Rita completed the Level 1 IPTPA certification program.  Since that date Rita has continued to hone her skills with high-level IPTPA and NCCPA instructors, participating in several skill clinics a year.  Rita currently assists the Calgary Pickleball Club with mentoring novice to 2.5 players once a month at the Bearspaw Lifestyle Centre.

Prior to becoming involved in Pickleball Rita focused her attention on curling.  Since 1990 Rita assisted Junior curlers.  Rita ran the Hunting Junior program from 1998 to 2003.  As a NCCP Level 2 coach, Rita was able to mentor and assist teams to reach provincial playoff ratings.